Raise your bread to the next level

Thanks to the internationalization of economy and food, and to culture crossing, sourdough bread liking is in constant evolution: preferences and tastes evolve, bread recipes export…

In this dynamic context, Lesaffre sensory team conducted a comparative study of different countries representative of emblematic regions of the world.

Sourness and aromas perception
around the world 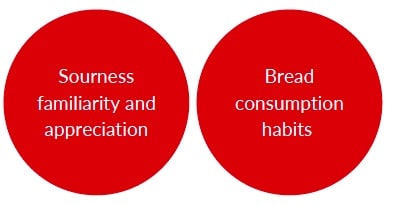 What results from the study is that all the countries are generally familiar with sourness but they appreciate mild bread.

What varies between the different region is bread consumption habits. In Eastern Europe, sour bread is the reference, whereas in the United States or Australia, there are several recipes existing side by side. 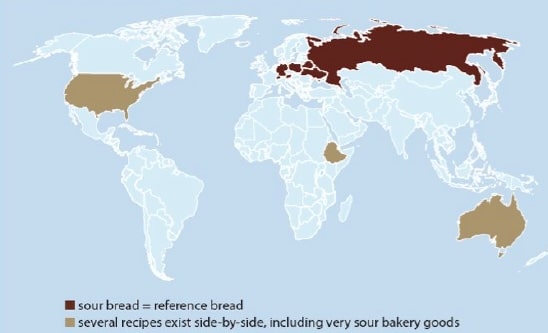 This study was carried out by Lesaffre to measure sourness perception throughout the world. Thanks to the study, we pointed out some interesting outcomes: much of Eastern European countries were represented by consumers with a preference on strong sour bread. Other Regions prefer mild sour bread. We found out in our latest study that OCEA had no preference between mild and very sour breads present d to consumers, neither France not Argentina, which were expected as countries preferring mild sour breads.